If beauty is in the eye of the beholder, this beholder is pretty upset about one bad window.

Father Frank Stempfle is retiring after 66 years of ministry as a priest, most of them at his beloved St. Patrick’s church in Edmonton, which officially shuts its doors on Sept. 30.

If there’s perhaps one regret, it may be this: even in retirement, he still considers the restoration of a crucifix-shaped stained glass window – prominently situated behind the altar in the church – an ungodly mistake.

The window may well be his personal Ecce Homo – a botched restoration of a century-old “Ecce Homo” fresco of Jesus crowned with thorns – in Santuario de la Misericordia, a Catholic church in Borja, Spain.

In Edmonton, few parishioners have noticed the almost cartoonish face of Jesus that was part of a 1978 restoration of the interior of the church after a devastating fire the year before. The irony, Father Stempfle said, is that many comment on the church’s “beautiful” windows.

“I would call this kind of a mess, and it’s unfortunate but I learned to live with it. It’s just common sense that here we are coming to a place of worship where we honour and worship our Lord, and the saints, so we want to have everything as good as we can have it.”

Father Stempfle recalls that he and the parish council agreed to choose the lowest bidder in an effort to save money. Archdiocese records don’t indicate the price of the window restoration, but total restoration cost was more than $10,000 at the time (about $40,000 in today’s dollars).

However, he didn’t see the finished restoration – let alone the start – until he returned to St. Patrick’s in 1986, after nearly a decade at Assumption Parish in south Edmonton. 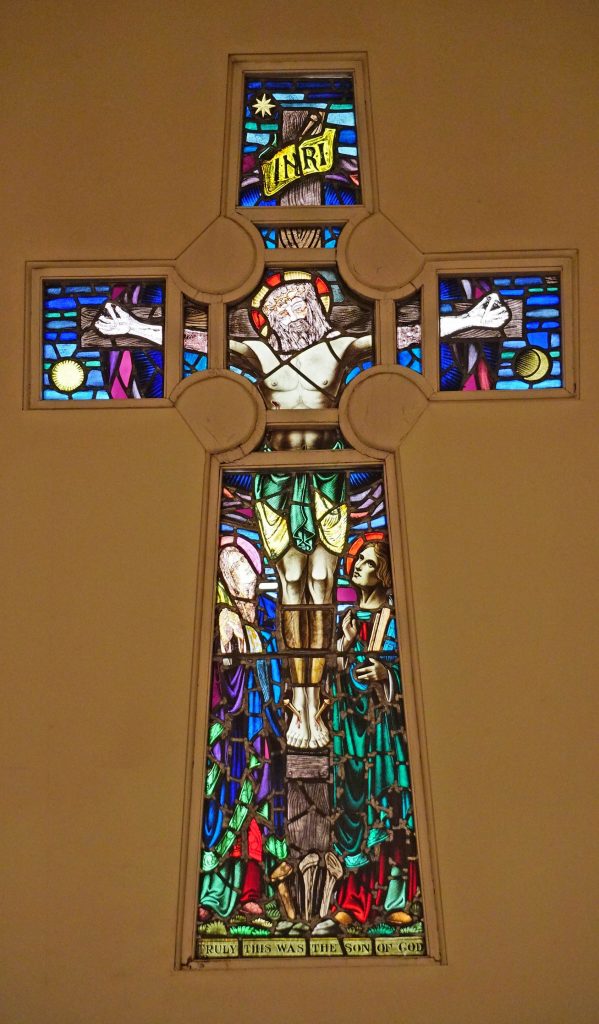 That’s when that one window stood out.

“When I came back, and saw what was done, I could have cried,” Stempfle said.

“The face of Jesus was beautiful. Look at it now. It’s just a mess. It was our mistake in being not careful enough in who we quickly hired to do the job. We should have done a little more research. If I was in that same position again, I would very quickly eliminate the lowest bidder.”

When it comes to future renovations, archdiocesan policies have evolved since St. Patrick’s restoration. The Archdiocese evaluates plans and will then make a recommendation to Archbishop Richard Smith for his final approval.

St. Patrick’s church has 30 windows, and there are no other examples of bad restoration, according to Father Stemple. He said a different company – the second lowest bidder – restored a back window and it’s “absolutely perfect.” But this particular window is “a bungle” and fixing it was too expensive.

Now that St. Patrick’s church is closing, its parish will be merged into the nearby St. Alphonsus. The building will be put up for sale and its assets – pews, crosses, and stained glass windows – will be repurposed or sold.

In any church, sacred art – and stained glass windows in particular – is considered an important part of the faith journey, and parishioners take a certain ownership of them, experts say.

“They tell a story of our faith. Often they depict an image of Scripture for people, and I think when we look at that, maybe we feel we have a certain degree of familiarity with an image,” said Father Paul Kavanagh, the director of the Office of Divine Worship.

“We probably have an image in our mind, ‘Maybe this is what this person would look like.’ In that sense, we see something that might be different; it probably causes us to pause.”

Kavanagh’s office sets the standards for sacred art for churches within the Edmonton Archdiocese based in part on the Roman Missal, the instructions for celebrating Mass.

Unlike art in a museum or gallery, sacred art has a higher purpose.

“When we look at art sometimes, especially sacred art, it should draw us closer to God,” Father Kavanagh explains.

“There are a lot of people that will see that. That’s why I always think we have to be careful from the outset. You don’t want to people upset or distracted or to make a joke out of it.”

“If it’s something that causes a lot of consternation in a person, then I think, ‘Is it doing what it’s supposed to do?’ Sometimes those can be difficult questions to answer.”

Kavanagh said he’s noticed the window at St. Patrick’s, but within the Edmonton Archdiocese there is room for interpretation, and there isn’t any art that’s particularly jarring.

“I’ve probably never come across anything where I’ve felt disrespected or upset about. It might give me pause to think, ‘How do they see this particular image or whatever it is?’ I may not see that. It might make me evaluate my own thoughts on it.” 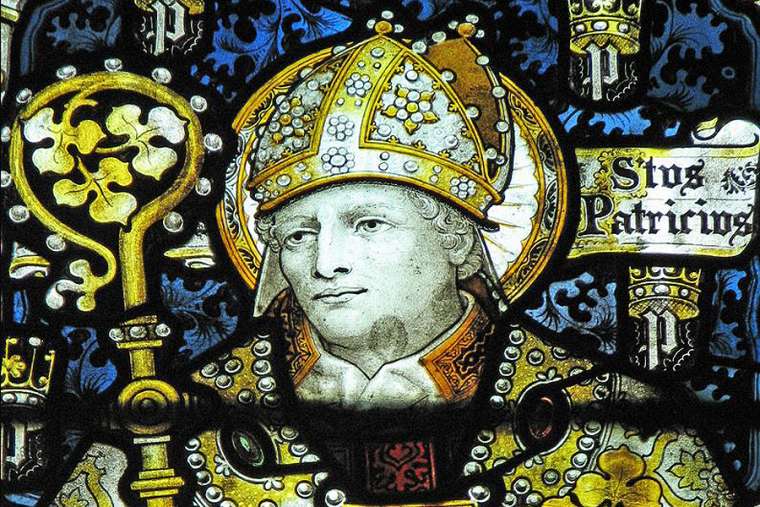