With at least 23 victim deaths from the largest mass shooting in Canadian history, the people of Nova Scotia are looking for answers, for hope and for healing.

“People are just in a muddle. They don’t know what to think,” said Frank Campbell, a veteran Halifax Chronicle-Herald journalist and Catholic Register columnist. “Everybody seems to be connected to someone who was involved.

“It’s hard to get to sleep. This is all you think about.”

One of those killed April 18-19 by a 51-year-old man on a killing spree formerly attended St. Bernard Parish in Enfield, N.S., where Campbell is a parishioner.

“He and his wife used to sit about four seats behind us,” Campbell said. “He was a Knights of Columbus member. They had a summer home that they converted into a retirement home and moved to the area fairly near where the carnage began Saturday night.”

Canada’s deadliest-ever mass shooting began late on April 18 in the beachside village of Portapique, N.S., about an hour-and-a-half north of Halifax. It ended the next morning at an Enfield gas station in a police shootout in which Gabriel Wortman, the RCMP’s suspect, was killed.

In an April 21 video message, Halifax-Yarmouth Archbishop Anthony Mancini noted how the grief Nova Scotians face over the mass shooting comes on top of COVID-19 deaths.

“In this time of mourning we ought to be able to come together to experience the comfort of community care and support,” Mancini said. “Yet here we are in isolation.”

He acknowledged “a great sense of loss, frustration and even anger.”

“And in the face of this nonsense, we are trying to cope.”

Alluding to the hope of Easter, he urged courage.

“As a bishop and a Christian, the best that I can hope to share with you is my conviction that love is greater than tragedy and death,” he said. “In this time, when we celebrate the Resurrection, it is good that we recall that death is not the last word.”

Halifax co-adjutor Archbishop Brian Dunn said that despite the lockdown the Church is providing pastoral care in both virtual and traditional ways.

At the nearby Truro, N.S., parish of Immaculate Conception, Rev. Dariusz Miskowicz has already scheduled one funeral.

But with churches locked and Masses cancelled to limit the spread of COVID-19, Nova Scotians will be challenged to find hope and healing. Campbell believes there is no option but to keep trying.

“When something like this happens, what can you do? You can pray or you can just dwell on it. Prayer seems to be more productive,” he said.

The morning after the shootings, Mancini offered condolences, particularly to the family of RCMP Constable Heidi Stevenson.

“Her death in the line of duty indicates the highest sacrifice that one can make on behalf of the citizens she served,” Mancini said in a letter issued April 20.

“Our prayers go out to all the members of her family, particularly her children, and to the fellow officers of her RCMP family, who mourn the loss of her life.”

Stevenson was a 23-year veteran with the Royal Canadian Mounted Police, the mother of two and wife of teacher Dean Stevenson.

The archbishop sought to extend a word of hope to all Nova Scotians.

“Such a tragic event, involving the meaningless death of so many of our fellow citizens, has shocked us all,” he said.

“Adding more collective suffering to an already tragic time in our province, our country and our personal lives.”

The challenge for both the Church and local media is to try to connect people rather than leaving Nova Scotians isolated in grief and fear, said Campbell.

“That is exactly what newspapers and Church traditionally did. The question is, do we still do it?” he said. “We give our best efforts — in Church and in media.”

By the time Wortman was killed he had travelled over 92 kilometres, many of them in a car painted to resemble an RCMP cruiser, on a 12-hour shooting spree during which he set fire to at least five buildings. No motive has been established.

The death count rose to 22 victims on April 21, with warnings that the total was still not definitive as police continued to investigate. 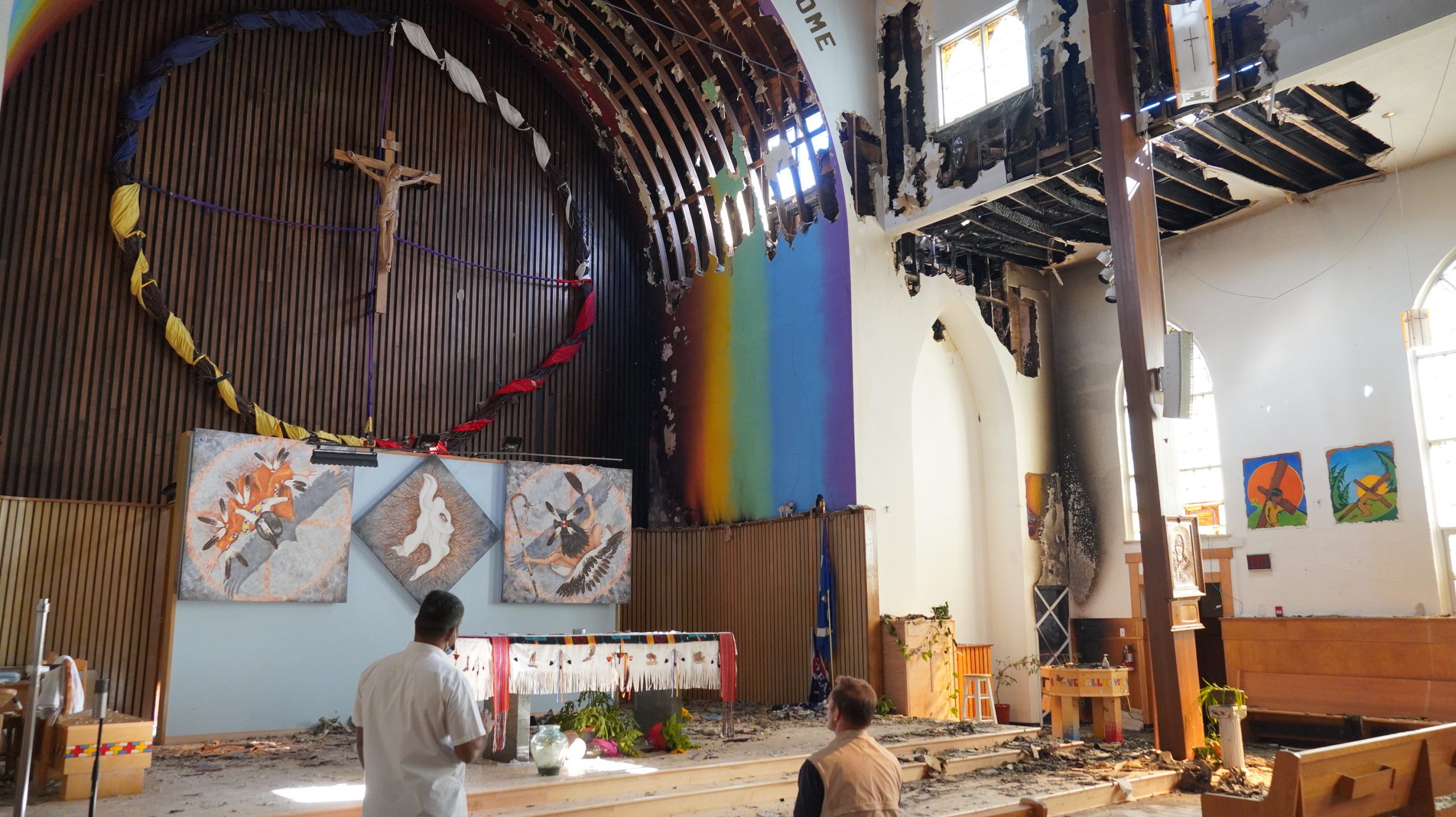