The sprawling Lac Ste Anne pilgrimage grounds are unusually quiet. Absent this year are the tens of thousands who have gathered at the site each summer for more than 130 years, seeking healing both spiritual and physical.

Health precautions during the COVID-19 pandemic have forced the July 25-29 pilgrimage to go online. Pilgrims and their families across Canada are participating this year by viewing pre-recorded and livestreamed events on their screens. The events are being posted progressively on the Lac Ste Anne Pilgrimage website and on Grandin Media’s Youtube Channel.

Over the five days, bishops will celebrate Mass daily from across Western Canada, including from Yellowknife, N.W.T, the Grouard mission in northwestern Alberta, and The Pas in western Manitoba. The Way of the Cross will be re-enacted by young people from the St. Theresa Point First Nation in northern Manitoba. The rosary will be prayed in a variety of Indigenous languages.

What’s still the same, spiritual leaders say, is the need for healing in the hearts of Indigenous people who have visited the sacred pilgrimage site for generations. The lake is dedicated to St. Anne, mother of the Blessed Virgin Mary and the kokum, or grandmother, of Christ. Grandparents play a significant role in First Nations families, raising children and passing faith and spirituality from one generation to the next.

“It’s not going to be an end to our pilgrimage,” said Chief Rod Alexis, the former chief and grandson of the last hereditary chief of the Alexis Nakota Sioux Nation, who offered a welcoming message as the virtual pilgrimage began on July 25.

“We don’t record actual healing. We don’t put it on record. That’s one of the things our people don’t do,” he said. “But if we ever did, there are a lot of miracles that did happen in the waters of Lac Ste Anne, and because of that, people always come back. A lot of the younger generation, especially the young people, when I see them walking and praying and at Mass, there are conversions that are happening.

“If we believe in our spirituality, I think we’ll be OK.”

The Alexis Nakota Sioux First Nation call it Wakamne, or “God’s Lake,” and to the Cree it’s Manito Sahkahigan or “Spirit Lake.” Lac Ste Anne was renowned for its healing waters and for its spiritual significance to Indigenous people long before Catholic missionaries arrived in Alberta.

In a normal year, an estimated 35,000 people make a pilgrimage to the lake, an hour’s drive west of Edmonton. Many of them camp on the grounds for all five days. Most of them wade into the lake or fill canisters with its healing water.

While pilgrims are physically distant from Lac Ste Anne this year, it’s the distance of hearts from Christ that is the greater challenge.
“We know that many physical cures have in fact taken place here,” Edmonton Archbishop Richard Smith said in his homily during the opening Mass at the shrine. “This perhaps deepens our disappointment that, this year, we cannot be physically present at the lake.”

“Let’s remember, though, that the healing the Lord wants to give each of us is that of the heart, which has grown distant from him. We all need ever-deeper conversion. We all need our hearts to get ‘up close,’ which is what the Lord wants for us above all other needs. Only Jesus can draw our hearts to him, so let’s lift up this need for healing to St. Anne,” the Archbishop said.

“From our ancestors in the faith, not only good St. Anne, but also our precious elders and our grandparents who handed on the faith to us, we learn not to be distant from Jesus but to have him and his Word live within our hearts.”

In his opening message, Chief Alexis recalled a voice in the night that spoke to him in Nakota, telling him how spirituality had become routine for many young people. It was the responsibility of elders like him to change that by being more open and demonstrative about the Creator, prayer, and traditions like the pipe ceremony.

“Today our young people are lost,” Chief Alexis recalled the voice saying. “Some come in prayer but really don’t understand what the purpose of spirituality is. What does Jesus mean? That’s what the voice was telling me. If you could teach the people the Sign of the Cross and get the meaning of each sign, when you come at the end you believe, because ‘Amen’ is ‘I believe’ … This is what we’re supposed to teach the young people.”

“Jesus came down for a purpose, to look after your soul, your spirit, to help you in this walk in life. If you could teach a child those things, and from there they would develop more and more. They’ll see a reason why spirituality is important, and to pray.”

Under a canopy to protect against a steady stream of rain, with just a handful of people able to be present – many of them elders – Archbishop Smith gave the traditional blessing of Lac Ste Anne that marks the beginning of the first pilgrimage day.

Afterwards, Chief Alexis said that while the event has changed, its purpose hasn’t.

“I really feel sad because the pilgrimage is not really happening. But for what he’s doing today, I hope the blessing stays with the people that walk here, because I know they’re not going to stop coming.

“We might be in the areas where we live, but just take some water and bless yourself and ask the Creator to bless you for the year and to bless your families to keep us healthy as people – especially with this type of virus that’s going on,” Alexis added.

“Wherever you’re at, on the day of the pilgrimage, if you could remember the pilgrimage itself and sit down and pray, that chain of prayers that will happen throughout the country is very powerful.”

That chain is a link to past generations of pilgrims.

In 1844, Rev. Jean-Baptiste Thibault, an Oblate missionary priest from Quebec, dedicated the lake to Ste Anne. In 1889, the first annual pilgrimage was arranged by Rev. Joseph Lestanc, inspired by a visit to the Ste Anne d’Aurey shrine in Brittany, France.

Rev. Garry LaBoucane, spiritual director of the Lac Ste Anne Pilgrimage, took his first dip into the healing waters of the lake when he was just 10 months old.

As a child, he suffered from the skin condition eczema, and his parents brought him to the lake for healing, with positive results.

One of the traditional events that has gone online includes the Twelve Step Pilgrimage and Pledge. Pilgrims commit that they will give up smoking, drinking or other ills and that they will keep praying to Ste Anne for her intercession to heal them.

Archbishop Emeritus Sylvain Lavoie of Keewatin-Le Pas will be asking the online pilgrims to make those pledges in silence, and if they are able, to hold a lit candle in their hand as they do so. The Archbishop will then pray for those making pledges to Christ instead of laying hands on them.

In March, both the board of trustees that governs the Lac Ste Anne pilgrimage site and the company that organizes logistics for the event recommended the cancellation, since of so many of the pilgrims are especially vulnerable, being elderly and/or in poor health.

Alberta’s chief public health officer, Dr. Deena Hinshaw, has also recommended the cancellation of large-scale, in-person events this year in an effort to contain the spread of COVID-19. 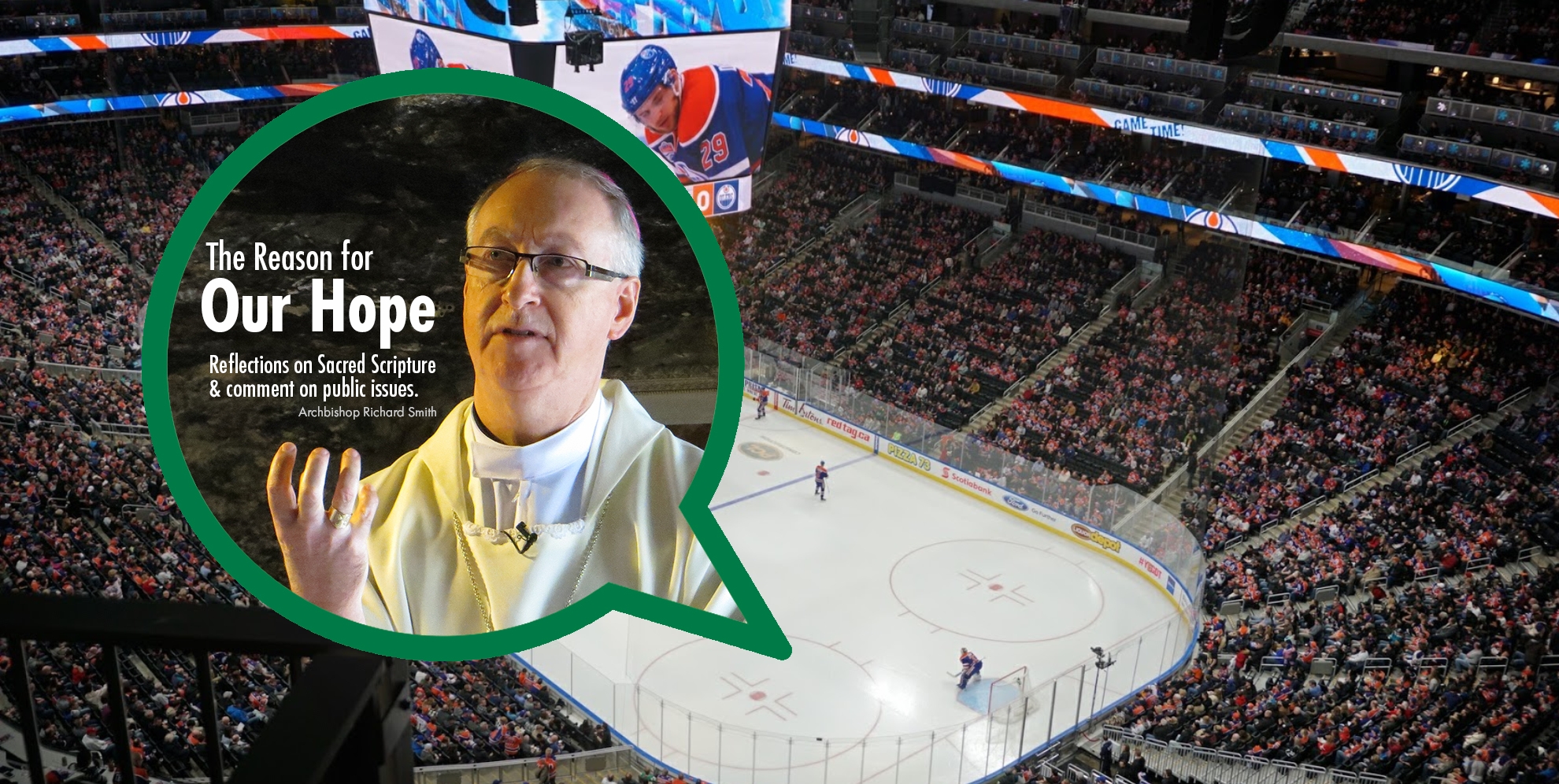 Archbishop Smith: The Hub Without a Bubble