Skip to content
Not Your Model Minority is an online storytelling platform to tell the stories of families who overcame the 'model minority' stereotype.Alan Schietzsch, Grandin Media

Regina Contreras was in her second year at Red River College in Winnipeg when she found herself talking with a friend last summer about their struggles with anxiety and depression.

What struck Contreras was how stigmatized mental illness was within the friend’s family and the problems this was creating.

“Her parents didn’t understand the idea of her wanting to see a counsellor for her anxiety and depression,” said the 23-year-old Asian Canadian.

“To me, that was kind of strange because as a parent, wouldn’t you want to do everything in your power to make sure your child got the help they needed?”

Contreras launched Not Your Model Minority last year, an online storytelling platform. “Model minority” is a sociology term which describes a demographic group perceived to achieve a higher degree of success than the average population.

The website’s purpose is to tell the stories of families who overcame the “model minority” stereotype so that they could support a family member struggling with mental health.

Contreras, who is Filipino Canadian, said that the website has resonated especially among her Asian friends. She explained there is a certain mindset within Asian culture which stigmatizes mental illness, often leading victims to remain silent out of shame.

A 2014 study conducted by BioMed at York University said that about 48 per cent of South Asians surveyed with major depressive issues did not seek medical help. About 33 per cent have “perception barriers” to the availability of mental health care compared to eight per cent in other ethnic groups.

“The model minority stereotype, among other things, is what contributes to the belief that Asians in North America do not suffer from mental illness,” said Contreras.

One of her first blog posts is a profile of Kim Uduman who lives with depression and anxiety. Uduman shares that there are days when she couldn’t leave her bedroom because she couldn’t stop crying.

When Uduman reached out, she said she felt her parents often disregarded her comments and changed the topic.

“I think just by sharing about how I’m feeling more often my mom has been more curious about my life,” Kim said in the blog post. “She’s been more willing to take the time to care for me because I’ve been forcing her to have these hard conversations. I want her to understand.”

Uduman said social media was a huge stepping stone in helping her understand her mental health. Reading other peoples’ stories helped encourage her to continue having these hard conversations with her friends and family.

Along with interviewing the young adults, Contreras also talks with the family members when she can.

“As a Christian and as a Catholic I wanted to be that positive voice in their life and help sustain that peace they can find in the home because the Church is in the home at first.”

Contreras has plans to continue to interview more people and she hopes to expand her audience beyond Winnipeg to across Canada.

– Katherine Szojka, 17, is a Grade 12 student at St. Gabriel Online School in St. Albert and a Youth Speak News columnist. This column was originally published by The Catholic Register. 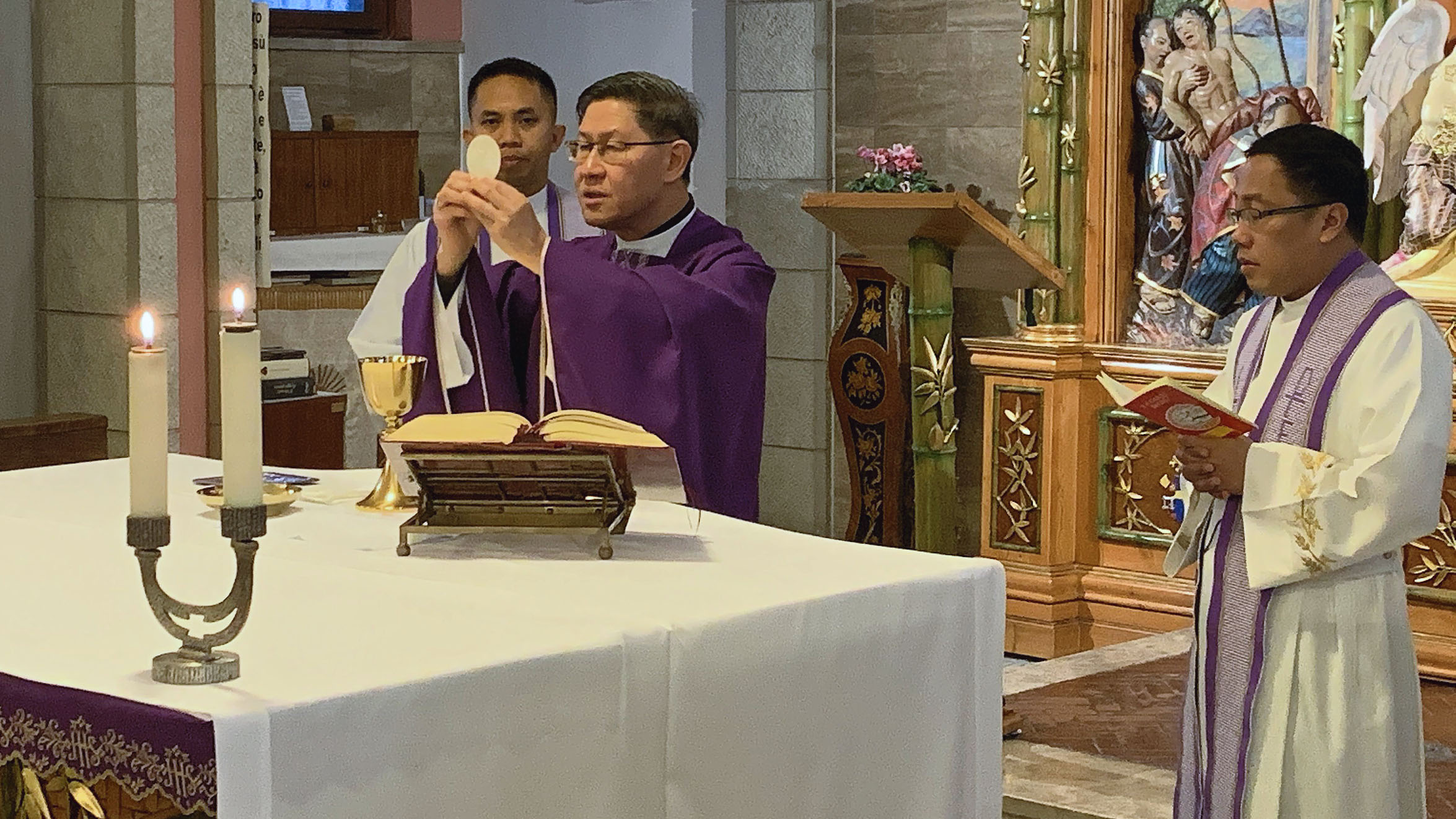 Cardinal Tagle, in a new role, looks for lessons in lockdown