Teresa Kellendonk had no idea how much work would be required when the Catholic Archdiocese of Edmonton took on a program to prevent abuse.

Still, the head of Pastoral and Parish Services knew they had no choice.

The archdiocese was getting more and more information about sexual abuse cases, stories which hit home for Kellendonk – a former chaplain who has counselled survivors of abuse and their families.

“The stories are all very personal and difficult for them to retell,” Kellendonk said. “It’s when you hear those stories that you say, ‘How can we not do this? We have not just a moral obligation but an ethical and a spiritual obligation. We can prevent abuse but we all have to be committed to preventing abuse, not just compliant to it, but committed.”

In 2010, the archdiocese reached out to Praesidium Inc., an international leader in abuse risk management.

On Monday, March 6, after more than than five years, the Edmonton Archdiocese is the first in Canada to be awarded Praesidium Accreditation, demonstrating that it achieved the highest standards in abuse prevention.

Lorraine Turchansky, chief communications officer, said the honour marked “a milestone in the efforts of the Archdiocese of Edmonton to protect all those who come under our care at our parishes, youth camps and educational institutions, especially children and vulnerable persons.”

The process included the development of a volunteer management policy, which increased screening for those working with children and other vulnerable people. Approximately 12,000 deacons, priests, lay staff and lay volunteers across the archdiocese received training in abuse awareness and prevention through Praesidium’s Called to Protect program.

“I’m crying because a staff member in the building came up to me and said, ‘Congratulations, you’ve just done incredible work,’ but it wasn’t just me. It was a team effort,” said Kellendonk.

“In this archdiocese, from our leadership, there has been 150-per-cent commitment to preventing abuse. As the archbishop says, ‘It’s non-negotiable.”

Kellendonk commends the archbishop for his commitment, and for the archdiocese being “open and vulnerable enough” to have a third-party organization audit its abuse prevention practices.

At a press conference on Monday, Smith reiterated that abuse will not be tolerated in the Church and its institutions.

“As the archdiocese we are to ensure that any archdiocesan employee, priest or lay volunteer who God forbid offends against children or another vulnerable person will be promptly removed from ministry; that any offences are immediately reported to civil authorities; and that victims will receive an apology, compassion, and of course assistance in recovering from any harm they have suffered and that will include compensation when appropriate,” Smith said.

Dr. Richard Dangel, the founder of Praesidium Inc., commended Smith and the entire archdiocese for taking on the “heavy lifting” needed to achieve abuse prevention accreditation.

“Anytime we see an organization, especially of this size do that, we feel thankful,” Dangel said.

One of the most important pieces to making it sustainable is there needs to be a “compelling, dedicated, committed, loud leader saying ‘We won’t let this happen,’ he said.

Samantha Dover, director of community education and engagement for Zebra Child Protection Centre in Edmonton, said she supports the idea of a dialogue about abuse.

Sister Lucinda Patterson, chairperson of the Lurana Shelter, an Edmonton agency which gives emergency care to survivors of abuse, said the Praesidium Accreditation was “huge.”

“It’s an incredible achievement because it’s taking a topic that people don’t really like dealing with, and being strategic and ensuring that every person who is in the archdiocese is following best practices for the vulnerable.”

Most Reverend Robert Kasun, an auxiliary bishop of the Archdiocese of Toronto, worked on the abuse prevention program when he was a pastor at parishes in Edmonton.

Kasun faced backlash from priests and parishioners with his strict implementation. Parishes had to make physical changes to their buildings, including making sure every room had a window in the door.

In addition, the Sunday school program at one parish was cancelled because it required a minimum of two people and there weren’t enough volunteers.

“Parents who were not in a position to volunteer and even people who didn’t have children thought it was sad, which it was,” said Kasun.

“On the other hand, there was no choice. I took the point of view that if the Lord wants this program to run, He will provide the resources and the people. He didn’t, so we took a break. We took this very seriously and parishes have to, for it to be a legitimate program that is effective.”

It was not an easy exercise and there was no choice, Kasun said.

“We need to do the best we can to make sure all vulnerable people are protected,” he said. “It’s the only responsible thing to do for parishes and for our integrity as ministers. If we are going to try to be who we say we are then it’s certainly fair to ask people to go through the various elements of this program.

“From my point of view as a pastor, it can give us a sense of legitimate pride that we can say we’re doing everything possible to ensure that people who come to us and who are in our care are going to be taken care of.”

“It’s been a long road,” Kellendonk added. “We had our bad moments when people were so angry, but in the end, it’s worth it if it prevents one abuse. It’s worth it.” 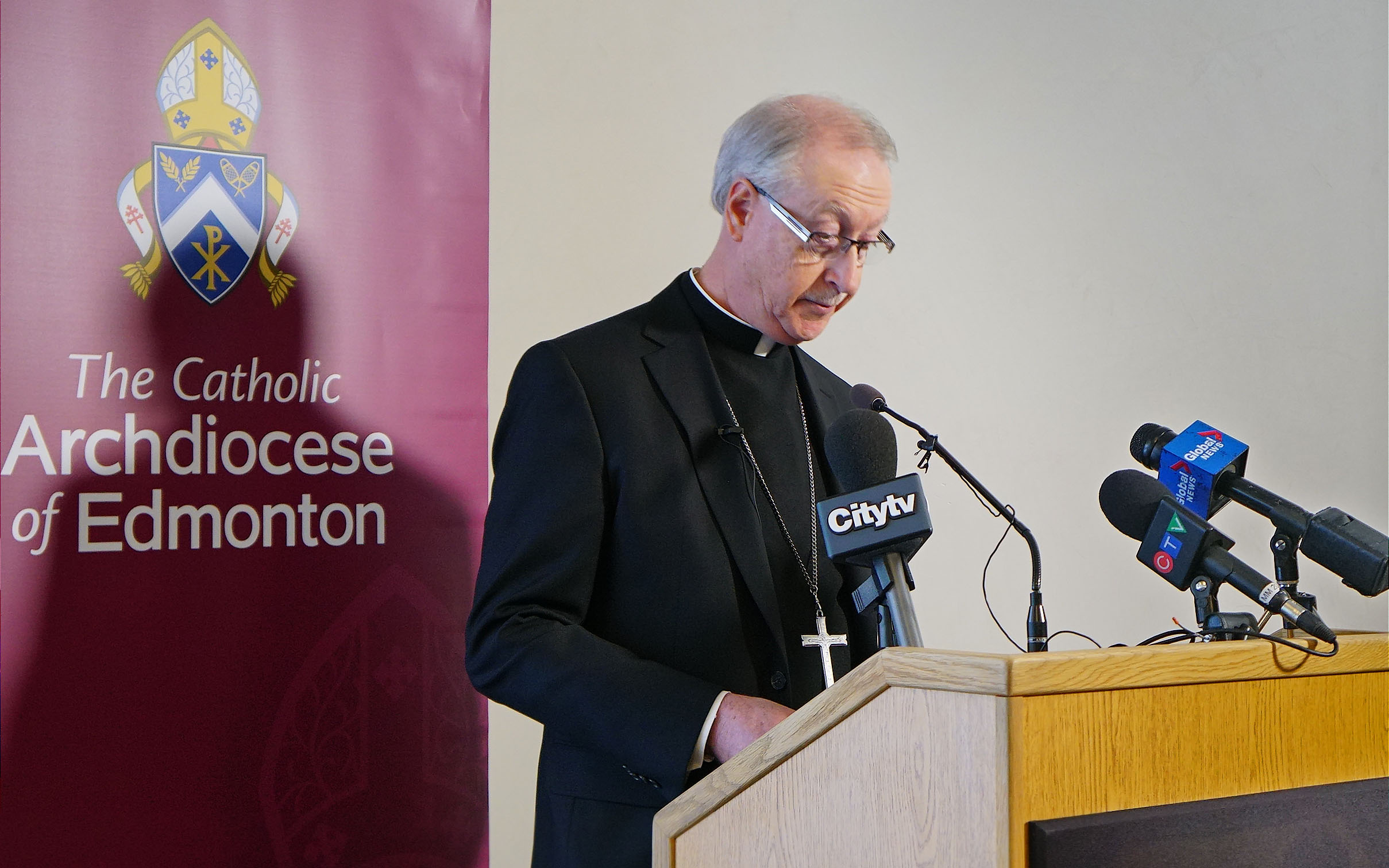 Edmonton Catholics blame individuals, not the Church, for Pennsylvania abuse