U.S. President Donald Trump credited attendees at the 47th annual March for Life for their commitment to protect the life of unborn and born children.

“Together we are the voice for the voiceless,” Trump told tens of thousands of people gathered at a noontime rally Jan. 24 on the National Mall.

“You stand for life each and every day. You provide housing, education, jobs and medical care for the women that you serve,” the president said.

Trump was the first president to speak in person in the 47-year history of the March for Life. He spoke for about 10 minutes at the start of the rally and before attendees began their march to the Supreme Court.

“Today, as president of the United States, I am truly proud to stand with you. We’re here for a very simple reason: to defend the right for every child, born and unborn, to fulfill their God-given potential,” Trump said.

He also credited the young people who made up a large portion of the crowd for their commitment to life, saying they were “the heart of the March for Life.”

“It’s your generation that is making this a pro-life nation,” the president said, adding, “You are powered by prayer and motivated by pure unselfish love.”

Trump’s speech before the largely supportive crowd was punctuated by applause and cheers. Calls of “Four more years” welcomed him to the podium.

The pro-life movement has been buoyed by Trump’s appointment of two conservative justices to the Supreme Court. Their goal has been a reversal of the court’s 1973 decision in Roe v. Wade that legalized abortion.

Vice-President Mike Pence and his wife, Karen, addressed the rally in a video recorded in Rome prior to Trump’s arrival at the rally. Pence met with Pope Francis earlier in the day. He said in the video that he thanked the pope “for all that he and Catholic Americans have done to defend the sanctity of human life in the history of this movement.”

Karen Pence thanked attendees for their witness and compassion for the unborn. “Thank you for standing for life,” she said. “We cannot be more proud to be on this journey with you.”

The vice president called Trump the “most pro-life president in American history” and a “champion for the movement.”

“So keep standing strong and stand with that love and compassion that has always defined the movement for life,” Pence said.

Not all participants in the rally agreed with Pence’s sentiments. A group of Franciscan friars and their supporters held signs aloft outside of the security barrier with messages reading “I am 100% Pro-Life,” “Care for the Unborn,” “Protect the Earth” and “Seek Justice for the Poor.”

Franciscan Father Jud Weiksnar, pastor of Sts. Columba Brigid Parish in Buffalo, New York, said he attended the March for Life to encourage people to embrace a wider call in support of life, including care for the environment and peace.

“I’m very deeply convinced that my religious calling calls me to something like the March for Life,” he told Catholic News Service in a phone call from a point just off the Mall.

His group included about 20 people, among them priests, men in formation and laypeople.

His friend, Franciscan Father Jacek Orzechowski of Maryland, said he joined the march and rally “to remind others about what it means to be authentically pro-life.”

“It’s not enough to say that a person is against abortion, but especially about other concerns at this time when we as humanity are standing on the verge of ecological catastrophe,” he explained. “I’m not willing to fall into a false choice in caring four our common home or caring for the unborn.”

Rally-goers also heard from members of Congress and several other speakers, including women who survived attempted abortions, over the course of an hour following the president’s appearance.

Republican Congressman Steve Scalise urged the audience to support the Born-Alive Abortion Survivors Protection Act that has been introduced in Congress. The bill would ensure that any child born alive after an abortion received medical care. It would also institute penalties for doctors who allow such infants to die or who intentionally kill a newborn.

He said he is working to bring the bill to a vote in the House of Representatives by filing a discharge petition, meaning it would by pass committee action and go directly to the full House. He said 204 House members have signed the petition – all 197 Republicans and seven Democrats – and that he is working to gain 14 more Democrats to gain a majority that would force a vote on the bill. He encouraged those at the rally to contact their member of Congress to express support for the petition and the bill.

At times the rally turned to politics as speakers called on rally-goers to vote for pro-life candidates in the upcoming presidential election. They also complimented Trump for his appointment of 187 federal conservative judges who are more likely to support restrictions on abortion.

“We are at a pivotal moment for the pro-life movement and this great nation,” said Marjorie Dannenfelser, president of Susan B. Anthony List, a pro-life education organization, in crediting legislative efforts nationwide to limit abortion.

She encouraged the crowd to “go for the win” and “put the will of the people into law” in an effort to overturn Roe v. Wade in the Supreme Court in the November election. “It’s the most consequential for the cause of the unborn,” she said.

In brief remarks, Republican Congressman Chris Smith noted how there have been incremental steps to end abortion throughout the nation.

“We’re making progress,” Smith said. “Be very encouraged. With the help of ultrasound imaging, we will tirelessly struggle to ensure that unborn children are no longer invisible, trivialized, mocked, dehumanized and killed.”

Smith, who co-chairs the Congressional Pro-Life Caucus, credited the crowd for their activism that has resulted in “countless” women and babies who have been spared “the violence of abortion and today live, love and thrive.” 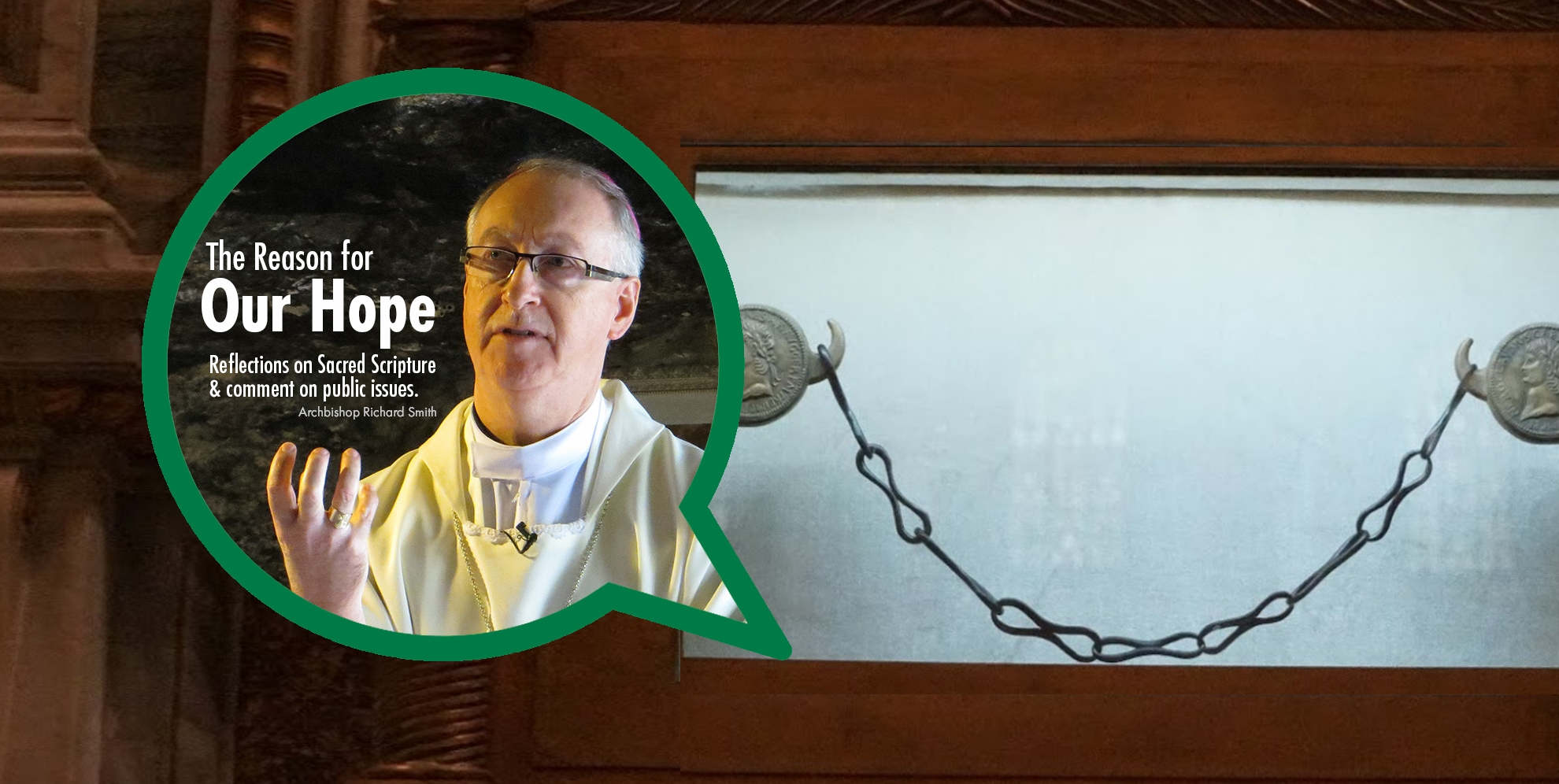 Archbishop Smith: Freedom from the Fear that Enslaves 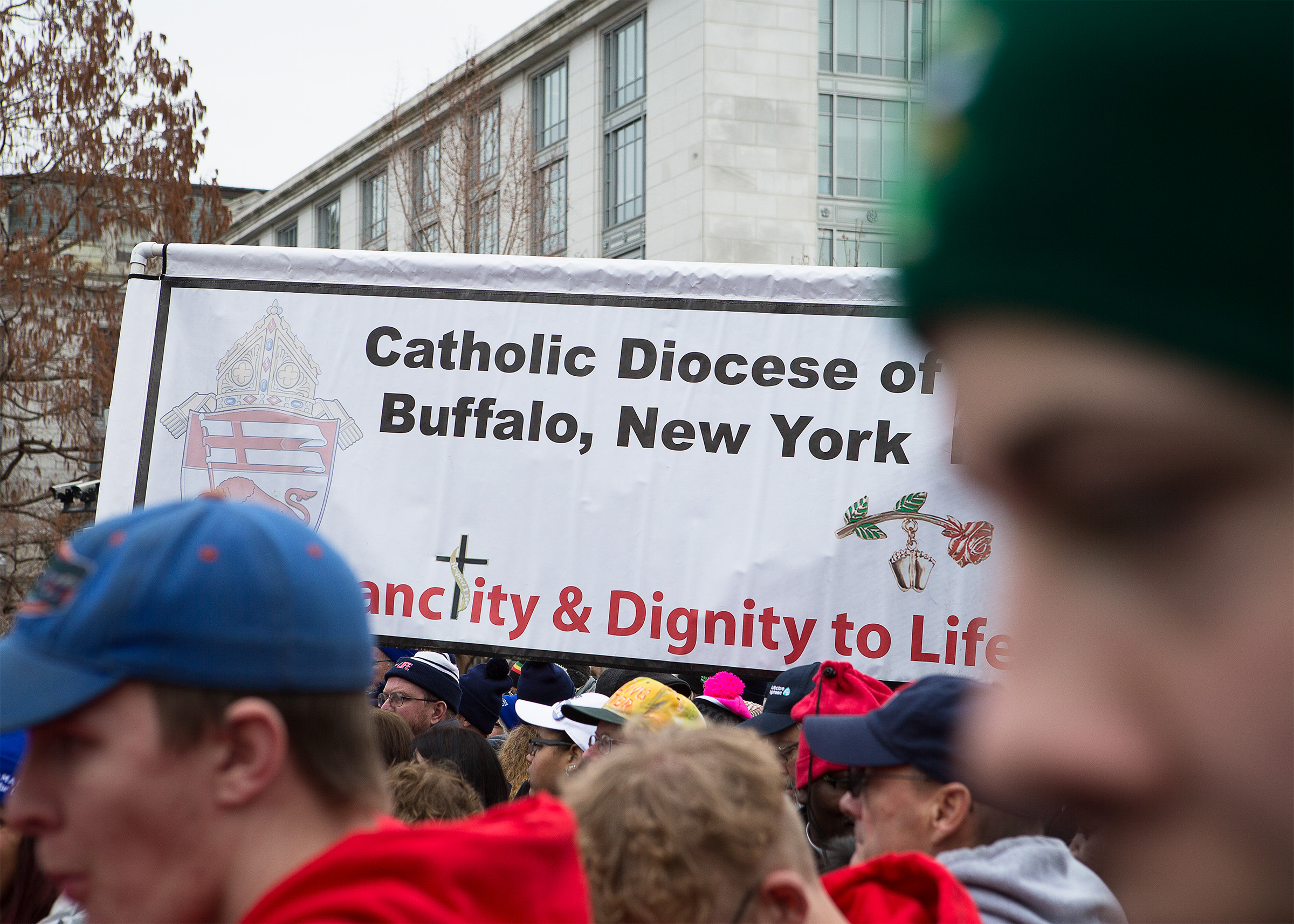