Each year in Kingston, we have the honour of hosting our annual St. John Fisher Dinner, a fundraiser which supports the mission of Catholic Christian Outreach at Queen’s University.

We invite a distinguished speaker and have been blessed to highlight places where the Church is under persecution.

In 2012, we hosted Cardinal Oswald Gracias of Bombay, and in 2013 Cardinal Joseph Zen of Hong Kong. In 2016, Bishop Borys Gudziak brought us the precious testimony of the Church in Ukraine, emerging from years of communist brutality.

Last year, Cardinal Robert Sarah visited and offered his own testimony of being a young bishop under a communist dictatorship in his native Guinea. When that regime was overthrown, Sarah’s name was found on a list of people to be executed.

Our very first visitor, in 2008, was Cardinal George Pell, himself now in jail in Australia, the victim of persecution by prosecution – falsely convicted, I believe – as a result of a police investigation launched against him long before there were any complaints lodged.

This year it was a special blessing to host the emeritus archbishop of Caracas, Cardinal Jorge Urosa Savino, who visited Kingston and Calgary last month.

The invitation was issued long ago as an act of solidarity with the Church in Venezuela, suffering alongside the Venezuelan people, as the socialist totalitarianism of the Hugo Chavez/Nicolas Maduro regime impoverishes the people to the point of starvation.

By the time of the cardinal’s visit last month, Venezuela’s Maduro dictatorship had been formally declared illegitimate by the last democratic institution in the country, the national assembly, and a new president was recognized by the international community, including Canada.

However, Maduro refuses to go, and now Venezuelans are suffering the final catastrophe of a wicked regime, lacking access even to electricity and water.

In that context, it was a grace to have in our midst a courageous shepherd, who has fought for the Gospel and his people against a hostile regime for 20 years.

“Throughout history, starting with Our Lord who suffered the injustice of the Jewish king as well as of the Roman governor of Judea, the Church has always been in tension with secular power,” Urosa told us. “That is why there are so many martyrs.

“The Church in Venezuela has been in conflict with the politicians and military parties in power in Venezuela in different times of history, but especially with Hugo Chávez since 1999,” Urosa continued.

“Chavez … started to slowly implant a totalitarian and socialist, Marxist government which has ruined the country and established a dictatorship. As bishops, it has been our duty and our challenge to uphold and defend the rights of the people, to fight for justice, freedom, life and peace in our country.”

As happens everywhere that state control of the economy is implemented, corruption and pauperization have followed. In Venezuela the situation is all the more cruel, as it is an oil-rich country which ought to be a magnet for Latin America’s best and brightest, rather than the source of some three million refugees who have fled the country.

Maduro succeeded Chavez after his death in 2013, but maintained the socialist system. As the economic toll has grown, Maduro has resorted to increasingly violent and repressive measures — including against the Church and her bishops — to maintain political control in the face of popular unrest.

Venezuela is already past the point of economic collapse, with its currency now worthless.

“We bishops are impartial as far as political parties are concerned, but not indifferent to the needs of the people,” Urosa said to us.

“So, we have spoken out loud when we see that the rights of the people are violated, or an injustice is done to any person or any sector. We speak the truth to power! We keep our social and charitable institutions and schools running.”

The cardinal, in reporting on the dramatic situation in his country, warned us that we, too, need to defend the faith against attacks.

“(All over the world) Christians, and especially faithful Catholics and especially priests, have and are being attacked, kidnapped, even tortured, put in prison for years and some of them killed because of Jesus, of our faith and our moral values,” he said.

“We are in times of hostility; we might even say war, a culture war against Our Lord Jesus, against our faith, our Christian virtues and values, and against our Catholic Church.

In our western countries it is hostility by secularism, the tendency to rule God out of public life, out of social affairs, out of marriage, family and public ethics, secularism has become more and more aggressive.”

Urosa encouraged us to be willing to suffer insults and persecution for the Lord’s sake, “for great is your reward in Heaven!” (Matthew 5:12). In that, we had not only his exhortation, but his example.

-Father de Souza is editor-in-chief of Convivium.ca and a pastor in the Archdiocese of Kingston.

Latin Catholics can learn from their eastern brothers and sisters 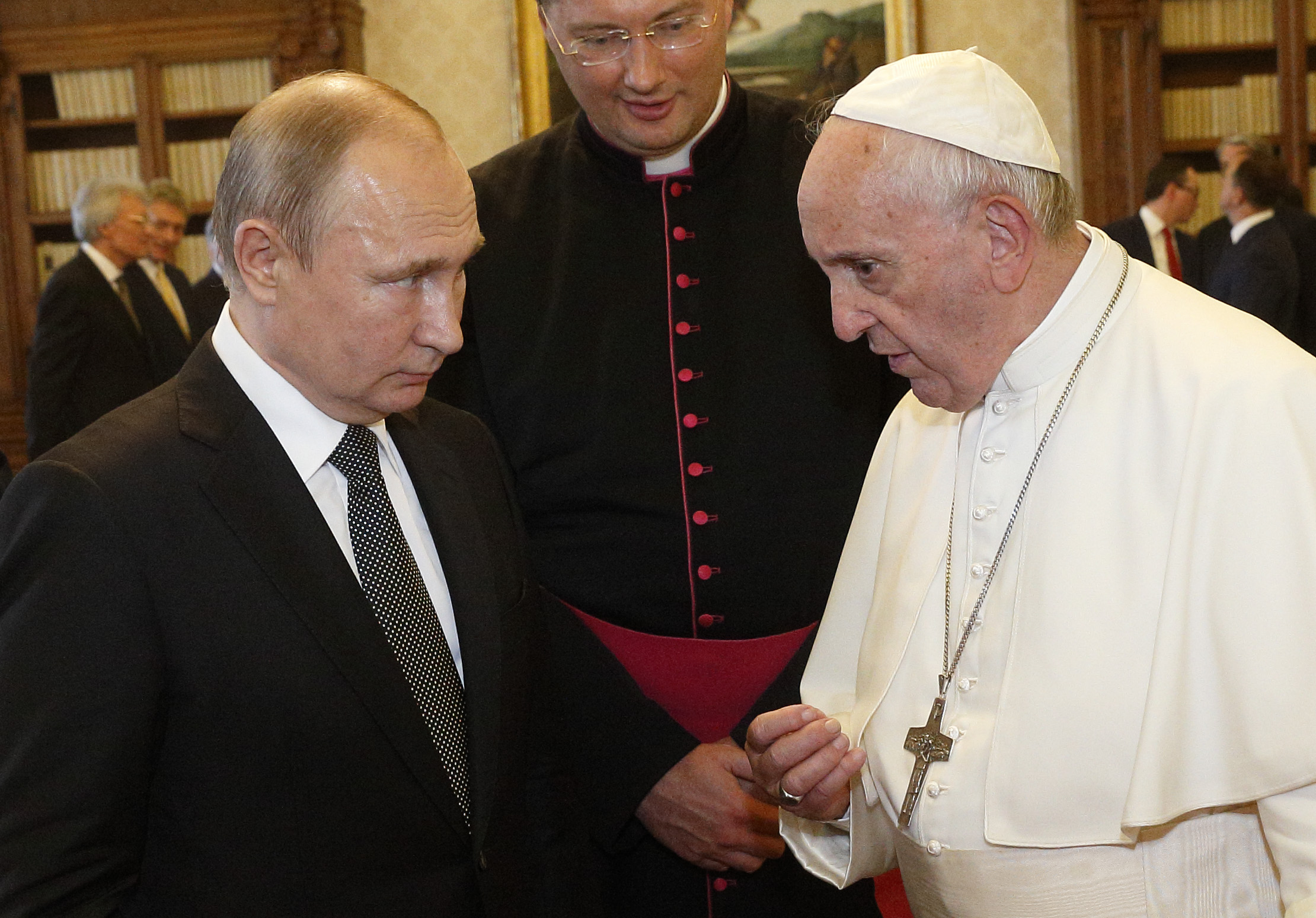