Skip to content
Victims of gun violence at a Catholic Supply store in St. Louis and here, at Mercy Hospital and Medial Center in Chicago, are being mourned. Catholic News Service

A gunman opened fire at a Chicago Catholic hospital Nov. 19, setting off a frantic scene that ended with three victims killed and the assailant dead, police said.

The same day in suburban St. Louis, another gunman entered a Catholic goods store, sexually assaulted several women and shot one of them. The woman later died, police said.

The incidents shocked Catholic leaders, and they offered words of condolence to the victims and their families.

The Chicago incident occurred at Mercy Hospital and Medical Center on the city’s South Side. The dead included a young police officer and two hospital employees, among them a doctor and a pharmacy resident.

Police said the gunman also died, but that they were unsure if he turned the gun on himself or was shot by responding officers.

Officer Samuel Jimenez, 28, who was on the force for less than two years, was gunned down as he responded to a call for help from other officers responding to a report of gunfire at the hospital. He was married with three young children, a police spokesman said.

The Chicago Tribune reported that police were called to the hospital after Juan Lopez, 32, confronted emergency room doctor Tamara O’Neal, apparently over a “broken engagement.”

Witnesses said the gunman arrived about 3:30 p.m. and got into an argument with O’Neal outside of the emergency room before repeatedly shooting her. He ran into the hospital when police responded, exchanging gunfire with officers. The third person killed was Dayna Less, 25.

A second officer was shot, but the bullet lodged in his service revolver, a police spokesman said.

Hospital staff rushed to move patients in the chaotic setting and hid inside locked storage areas and surgery rooms, according to witnesses.
In a statement issued immediately after police secured the scene, the hospital expressed sadness and shock over the incident.

The hospital remained in lockdown as police conducted their investigation and the emergency department was to be closed Nov. 20, the statement said.

“All of us at Mercy Hospital and Trinity Health pray for the victims and their families,” the statement concluded.

Chicago Cardinal Blase J. Cupich said Nov. 20 that the three victims were “senselessly killed as they went about their day.”

In a statement released by the archdiocese, the cardinal called for society to “take a hard look at what is happening in our homes and in our communities.”

“Fear and violence are an unending cycle that must be broken. It is well past time. We must act,” Cardinal Cupich said, noting that 2,600 people have been victims of gun violence in Chicago during 2018.

He also offered prayers for the victims, families and friends as well as “those who work to maintain the peace and heal the sick here and around the world.”

“Let us pray for healing in our city and turn our sorrow and sympathy to action,” the statement concluded.

Cardinal Daniel N. DiNardo of Galveston-Houston, president of the U.S. Conference of Catholic Bishops, noted the Chicago incident was “at a place which should be a center of healing” and called it “a senseless act of gun violence.”

He called on the intercession of Our Lady of Guadalupe to bring comfort to all people full of sorrow over the shooting.

The cardinal also said the country’s bishops “will continue to ask that public policies be supported to enact reasonable gun measures to help curb this pervasive plague of gun violence.”

In West St. Louis County, police were looking for a gunman Nov. 20, a day after his shooting rampage at a Catholic Supply store. It was apparently a random attack at the store in suburban Ballwin.

He shot one woman, who died hours later. The woman, 53, was not immediately identified, and police declined to say whether she worked at the store.

“We are shocked and saddened by the events that occurred at our West County location Monday afternoon,” Catholic Supply officials wrote in a Facebook post.

“This was a senseless tragedy. Please join us as we pray for the victims and their families. We appreciate your patience, grace and prayers during this difficult time. Thank you for your continued support.”

County police officers responded to the store about 3:19 p.m. to find the shooting victim. They said that at least one woman had been sexually assaulted.

Police said the incident appears to be a random attack, with no known connection between the shooting victim and the assailant.

“Our hearts go out to the victims of this horrific tragedy at Catholic Supply,” St. Louis Archbishop Robert J. Carlson shared in a tweet soon after the incident.

“We are praying for these victims. … We join with civil authorities asking for the community’s assistance in apprehending the culprit of this crime.”

Classes at Christ Prince of Peace School about a half-mile from the store in neighboring Manchester were canceled Nov. 20 as a precaution.

“We’re praying for the victims in this senseless tragedy, especially the woman who died and her family,” Father Dunlap told the St. Louis Review, the archdiocesan newspaper. “We’re also praying for the Catholic Supply family.”

Catholic Supply closed all three of its locations Nov. 20 to give staff time to be with their families. The West County location will remain closed while the police investigation continues. The other locations in south St. Louis and in O’Fallon planned to reopen Nov. 21 with additional security on hand. 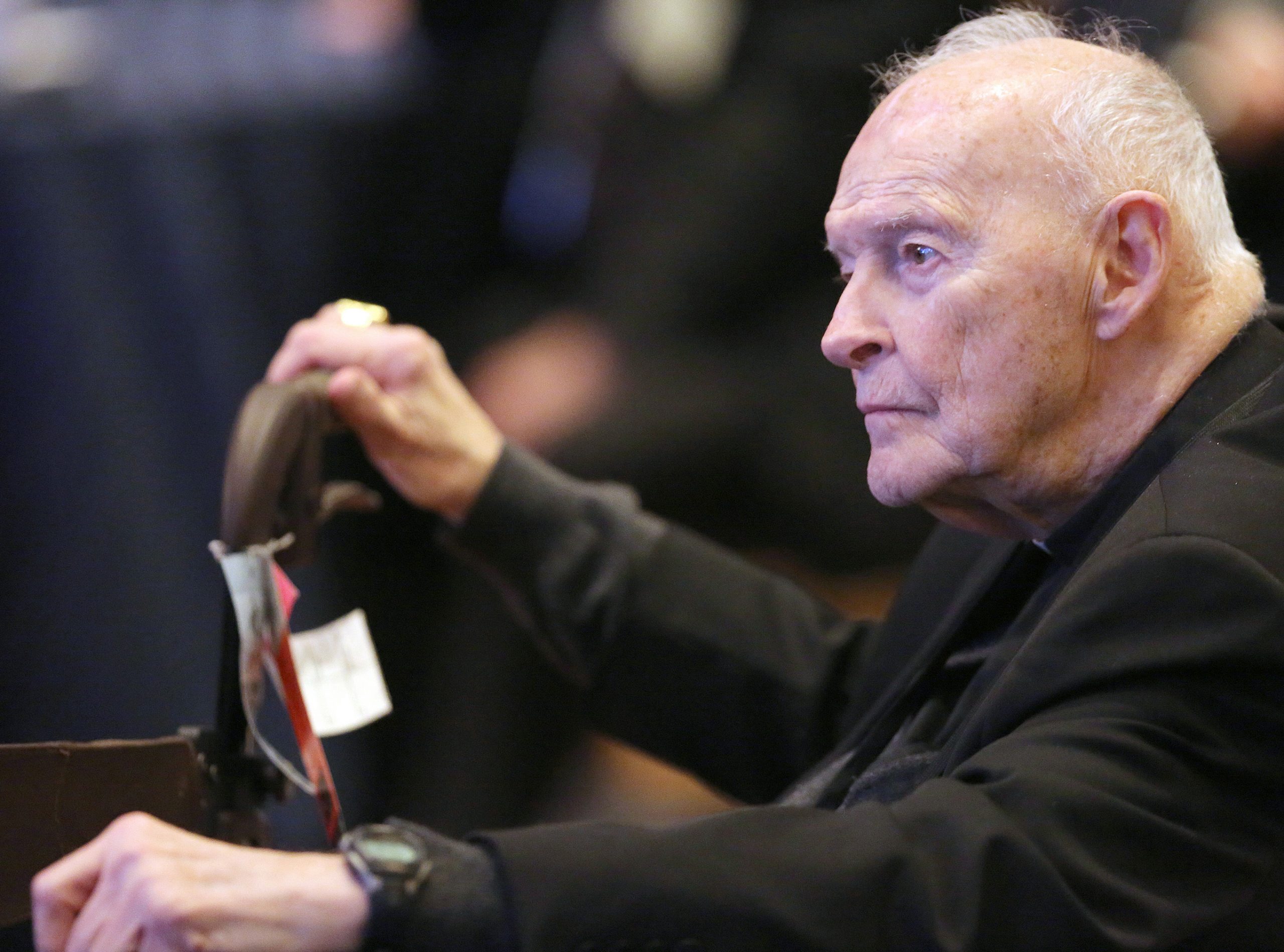