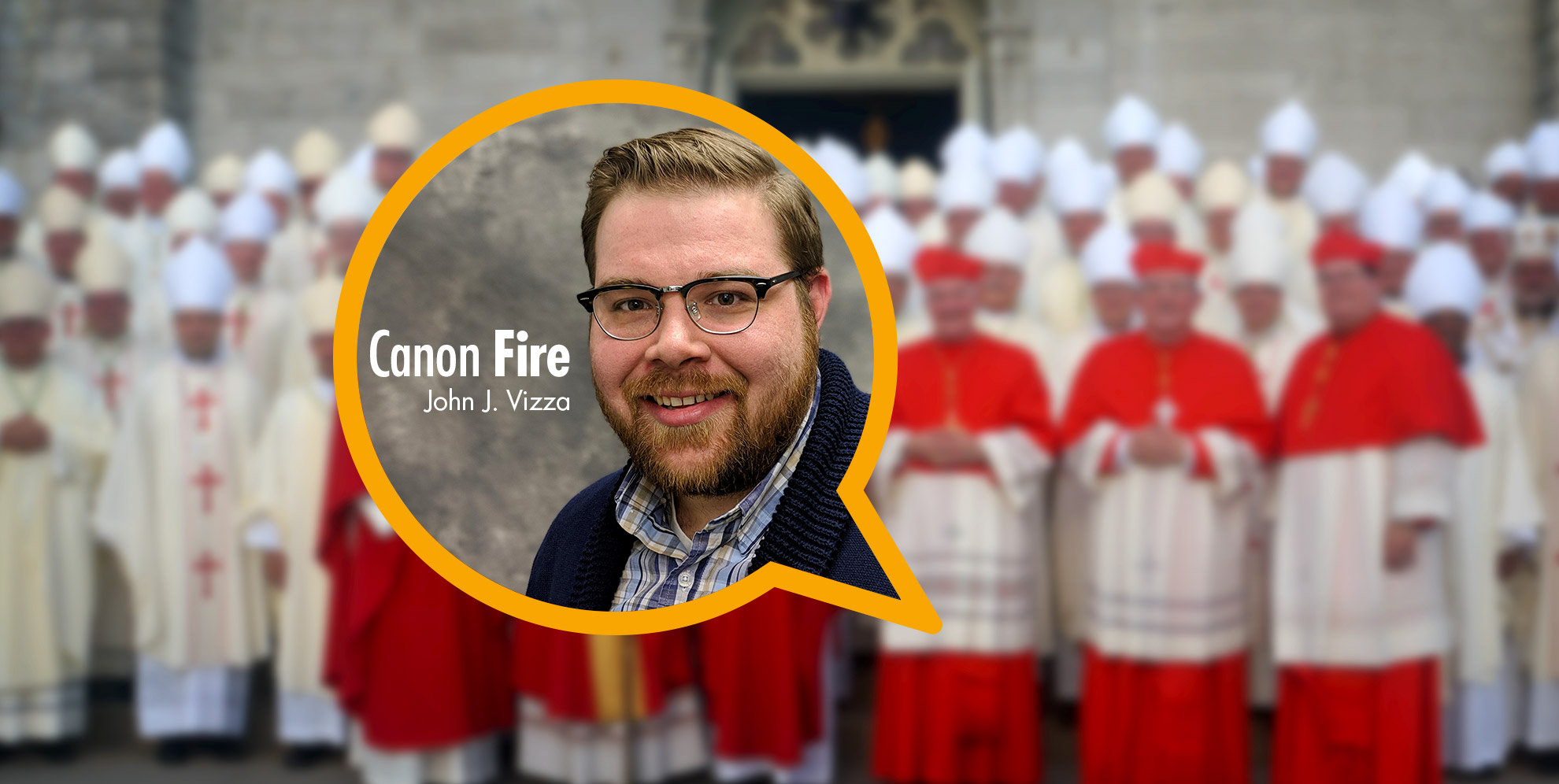 On January 10, 2021, Pope Francis promulgated the Apostolic Letter issued motu proprio (meaning by the Pope’s own will) called Spiritus Domini – The Spirit of the Lord.

By it, the Holy Father, as chief legislator of canon law, modified Canon 230 §1 of the Latin Code of Canon Law which, until now, reserved to men alone the ability to hold stable office as a lector and/or an acolyte. Now, the first reaction of many might be, “Wait a second, I am a woman and I’ve been a lector or altar server at my parish for years. What’s changed?”

By this modification to canon law, the Holy Father has allowed for women to now serve as a lector or acolyte on a more stable basis and to be recognized as such by an official liturgical act of the bishop. Prior to this new legislation, I would say that most lectors and acolytes in our parishes, both men and women, held these positions ‘temporarily’, even if over many years.

Widespread practices, in which dioceses were officially instituting men in these ministries (outside of a seminary or formation context), was probably rare, at least in North America.

Spiritus domini has breathed new life into the offices of lector and acolyte, not only because they now admit women, but also because of the invitation to rediscover the importance of these ministries within the liturgy.

What are the roles of lector and acolyte generally? The lector serves and is connected to the ministry of the Word, proclaiming the Sacred Scripture (never the Gospel within the context of Mass), reading the Psalm in the absence of a cantor and announcing the intentions at the Prayer of the Faithful.

You have probably seen many commentaries on this change ranging from “the Church is on the cusp of collapse” to “Pope Francis just brought women closer to requesting priestly ordination”. Fortunately, neither of these are true. In fact, Pope Francis has fought against both extremes and, in a typical Jesuit (and Catholic!) way, has found a middle road which has both reaffirmed the perpetual and unalterable doctrine of priestly ordination being reserved to men alone while at the same time heightening our awareness of the absolute unique dignity of our baptism.

Pope Francis is not doing something altogether new here, but rather, he is echoing the words and teachings of his predecessor, Pope St. Paul VI, in an earlier document called Ministeria Quaedam (1973). In this document, Paul VI revised the whole system of minor orders (which were considered stepping stones to the priesthood) realizing that the Second Vatican Council desired to highlight, first, the dignity of our baptism.

In that document, Pope Paul VI desired to preserve these so-called minor orders of lector and acolyte, while at the same time adapting them, no longer as minor orders or formalities, but now with the language of ministries. In the Eastern Catholic churches sui iuris, we have always retained the ancient tradition of minor orders, with an emphasis that they are not mere formalities or stepping-stones but real forms of service (CCEO, canon 327; cf. Instruction on Applying the Liturgical Prescriptions of the Code of Canons of the Eastern Churches, 1996).

So what happens now? It is important to note that the changes made by the Holy Father have to be taken up by local Conferences of Bishops, including the Canadian Conference of Catholic Bishops. Currently, decree no. 24 of the Complementary Norms to the Code of Canon Law in Canada states that only men can carry out this function.

The Bishops of Canada will have to come together to decide if they want to enact Spiritus domini in a broader way. I say if because this new apostolic letter does not grant a right for men or women to be instituted in these ministries. The bishops could still decide to reserve these instituted ministries as a part of formation towards ordination to diaconate and priesthood as is the current praxis. They could choose to confer the office on specific laypersons, for example, maybe those in our northern communities who, because of the shortage of priests, are entrusted with the pastoral care of parishes (CIC, Canon 517 §2).

Whatever the bishops of Canada decide, it is certainly an opportunity to increase our duty to form well those who ask for this public ministry. It provides us an opportunity to propose to those desiring service as a lector or acolyte a better formal formation regarding the doctrines of our Church and making sure that those wishing to exercise this function “are to have a serious Christian life and a recognized human maturity; a good reputation which would enable them to assume that responsibility for a community; and must be able to cooperate with others and have acquired the competence necessary to exercise the intended ministry” (decree no. 25, Complementary Norms).

One thought on “Vizza: Pope finds middle road between two extremes by admitting women to ministry of lector and acolyte”